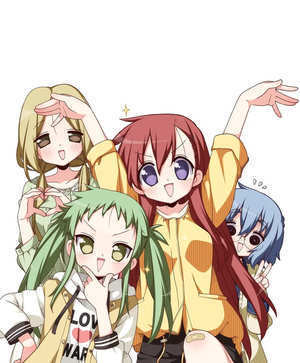 Kagami Yoshimizu, known for the manga “Lucky Star”, announced the staff of the animation “Maesetsu!” That handles the original illustration, and it was found that Yu Nobuta such as “High School Fleet” served as the director .


Doko Machida is in charge of the series composition, and Studio 5 kumi and AXsiZ produce. The anime depicts four young maidens aiming to be a comedy entertainer, Fubuki Kitakaze, Mafuyu Kogarashi, Rin Araya and Nayuta Asaogi. Yoshimoto Kogyo will cooperate in planning.